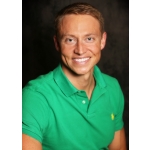 The single biggest trend driving growth in the “alternative accommodation” sector over the past year or two has been the growth of professional management in urban short-term rentals.

Based on the growth and the amount of money being made in this space, companies like Sonder, Pillow, Stay Alfred, and BookUrban have all been raising big money to expand in the space.

At the same time, traditional VRMs have a history of running a business that looks a lot like what is needed in urban areas. They know how to work with owners, how to deliver amazing experiences to guests to keep them coming back, and how to do all of this while making a profit.

As more traditional VRMs see these new model companies take off, and see the opportunity the urban markets provide, could they look to hitch a ride on the rocket ship by purchasing one of the STRMs (short-term rental managers) outright? Probably.

As mentioned above, many of these STRMs having been raising a lot of money—as in tens of millions of dollars each. Given that, could one or more of them use some of these funds to expand into tradition vacation rentals via the acquisition of one or more VRMs?

The idea that one of these newly founded companies could acquire a more established business may seem ludicrous, but remember how AOL was able to leverage investors’ excitement for its new-model tech business via its inflated share price, and leverage that to buy the legacy Time Warner business?

It could happen, though we all know how that deal turned out…

Getting Really Speculative: Airbnb Has Billions. Where Will They Spend It?

With its recent round bringing in an additional $850 million to the coffers of Airbnb, all eyes are on what the tech darling plans to do with it. And with Brian Chesky explicitly saying that in the future he expects less than half of Airbnb’s revenue to come from its existing business of short-term rentals, where might the company look next?

The most obvious area is flights, and this is not just because Airbnb has already said it plans to get into the space. If the idea really is to become something akin to the “Amazon of travel,” then owning not just where travelers stay, but how they get to where they are going makes a lot of sense. Most people think this just means a booking engine for flights, but Chesky has already said that he is thinking “much bigger” than that.

So what about buying an airline?

Crazy? Perhaps not once you realize Airbnb is valued at $31 billion, while JetBlue’s market cap is just over $7 billion.

Ok, so you are at the airport, but how do you now get to your Airbnb? Could the company look to get into the ground game via a rideshare company?

The most well known player in that space is no doubt off limits. If Airbnb’s $31 billion valuation is high, Uber’s $70 billion valuation makes it virtually untouchable. But though they are the most well-known, Uber is by no means the only game in town. Lyft is out trying to raise money at a $6 billion valuation, and if Airbnb wanted a smaller bet in the space, companies like Juno or Via could be appealing.

So you got to a new city, have a place to stay, and successfully got there. Where are you going to eat?

This is not entirely a new question for Airbnb. As far back as 2014 Chesky was encouraging hosts in San Francisco to cook meals in their homes and invite strangers over to eat. If the company wanted to expand more aggressively in this business, an acquisition could make sense.

Companies like EatWith, Meal Sharing, and Gnammo all seem to fit with the community-like ethos of Airbnb, making them good potential targets for the company.

What To Do While You’re There

Ok, so you got to your destination, have a place to stay, and know where you are eating. What do you do during the day?

“Trips” is Airbnb’s most obvious answer here, and it seems to be growing quickly. Could kimkim or another travel agent be next?

That being said, sometimes you need to get some work done when you are traveling. Given that, a push into “Airbnb-ing” office space could be a natural extension. With companies like Breather and Knotel already successful in this area, again, an acquisition could be a good way for the company to get a quick start in an attractive new market.

All of which leads us to the most extreme conclusion possible. If you take Airbnb’s exhortation to “Don’t just go there. Live there.” literally, you can’t live somewhere without a job, right? So could Airbnb help you get that job?

Acquiring an on demand job platform like Upwork could help them do just that.

But even then, you aren’t really “living there” yet are you? To truly live there, you need to live there. So could Airbnb get into the home buying market?!

I mean, Zillow’s market cap is currently under $6 billion.